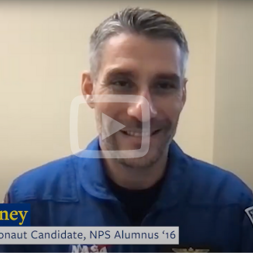 Delaney is a retired U.S. Marine Corps major and a distinguished naval aviator who participated in exercises throughout the Asia Pacific region and conducted combat missions in support of Operation Enduring Freedom. Delaney most recently worked as a research pilot at NASA’s Langley Research Center, in Hampton, Virginia, where he supported airborne science missions. Including his NASA career, Delaney logged more than 3,700 flight hours on 48 models of jet, propeller, and rotary-wing aircraft.