Join us for an evening with Peyton Manning on October 11 - Purchase your tickets now! 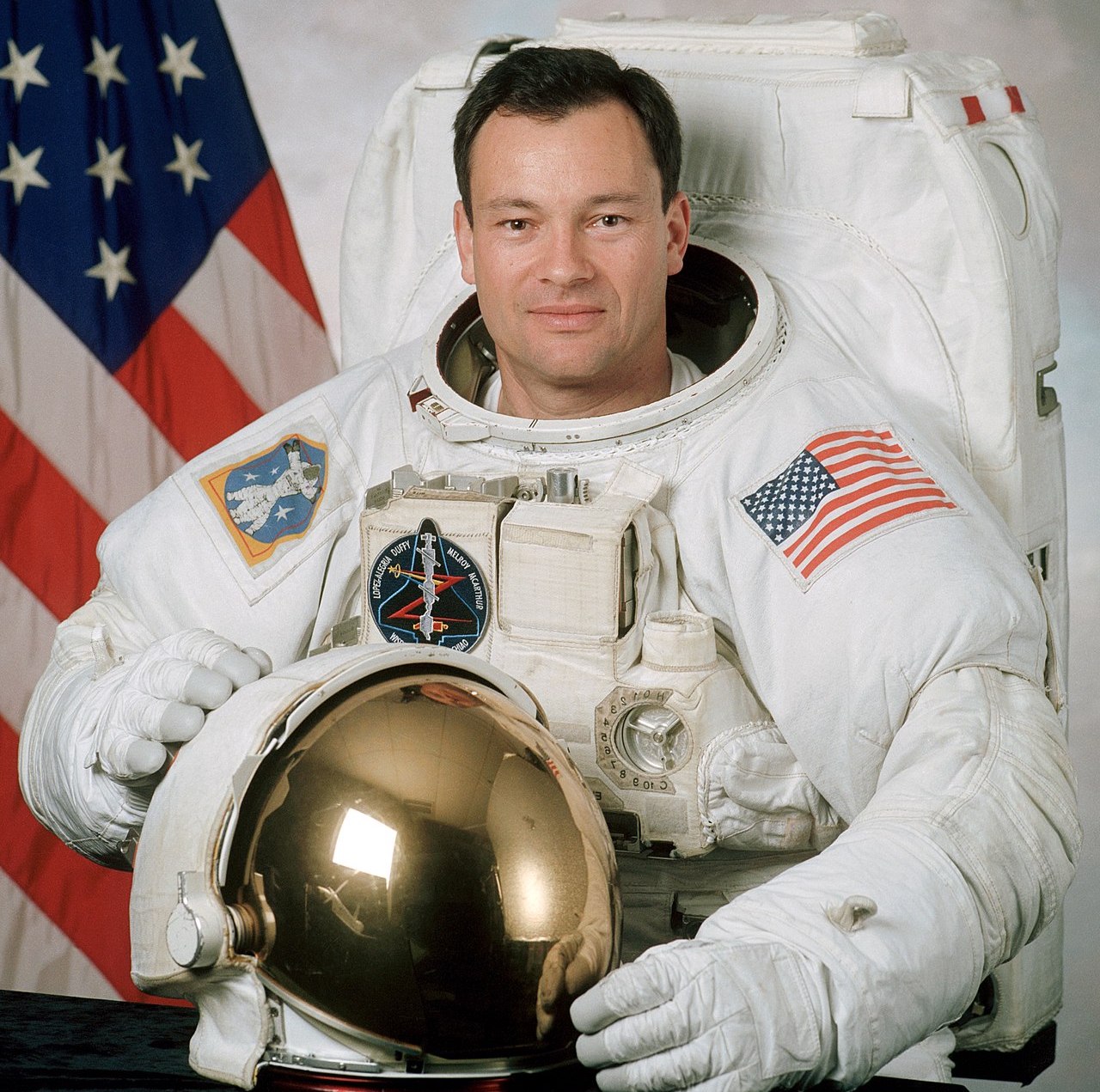 Michael López-Alegría was born in Madrid, Spain, and immigrated as a young boy with his family to the United States. He has over 40 years of aviation and space experience with the U.S. Navy and NASA in a variety of roles, including Naval Aviator, engineering test pilot and program manager, NASA astronaut, and International  Space Station commander.

López-Alegría is currently the Vice President of Business Development for Axiom Space, and has been selected to command the crew of Ax-1, the first fully private orbital space mission in human history. He is a four-time astronaut, having flown on Space Shuttle missions STS-73, STS-92, and STS- 113, and served as Commander of ISS Expedition 14 (flying to and from the ISS aboard Soyuz TMA-9). He holds NASA records for the most Extravehicular Activities (EVA) or “spacewalks” (10) and cumulative EVA time (67 hours 40 minutes). He was elected to the U.S. Astronaut Hall of Fame as a 2020 inductee.

López-Alegría is the former President of the Commercial Spaceflight Federation, where he was a spokesman, thought leader, and advocate with the U.S. Congress and pertinent Executive Agencies for favorable public policy on behalf of the commercial spaceflight industry. He has served on several advisory boards and committees of public and private organizations, including the Human Exploration and Operations Committee of the NASA Advisory Council and the Commercial Space Transportation Advisory Committee to the FAA.

López-Alegría is the Chairman of ASTM International’s Committee on Commercial Spaceflight as well as the past President of the Association of Space Explorers USA, a professional and educational organization of current and former astronauts. He is based in Washington, DC. Follow @CommanderMLA

"Follow your dreams. Even lofty goals are within reach with passion and perseverance, and even if the ultimate goal isn’t attained, by doing what you’re passionate about, you have the best chance of being both successful and happy."

Congratulations and good luck on your upcoming mission as a member of the first-ever all-private crew to go into orbit. What can you share about the mission's objectives?

The Ax-1 mission is slated for early 2022. It will be the first fully private mission to the International Space Station. My three crewmates will each be executing their own portfolio of science experiments in collaboration with various international research entities, and they will also conduct outreach events to philanthropic and other organizations.

How did your NPS experience help you realize your dream of becoming an astronaut?

I participated in a cooperative program between NPS and the U.S. Naval Test Pilot School, which involved a year of study towards a Masters in Aeronautical Engineering, followed by the standard year-long curriculum at USNTPS. The degree and designation as a test pilot are conferred upon completion of the course at TPS. For a military pilot, both are a sort of unwritten requirement for a successful NASA astronaut candidacy.

If you had to give current NPS students one piece of advice, what would it be?

Same advice I give to anyone old enough to listen - follow your dreams. Even lofty goals are within reach with passion and perseverance, and even if the ultimate goal isn’t attained, by doing what you’re passionate about, you have the best chance of being both successful and happy.

There is no question that working with the private sector has some advantages over the government. The most obvious is the agility with which a private company can make decisions - typically, the smaller the company, the faster they can move.

If given the opportunity to participate in the first manned mission to Mars, would you?

Orbiting the Earth (and, while I’m dreaming, going to the Moon – and back) is a beautiful thing. But it’s all in the context of being relatively close to home. The typical design reference missions to Mars are around two years in duration, for most of which the astronauts won’t be able to tell which of those dots is Earth or have a real-time conversation with anyone not on their crew. It’s going to be tough sledding, and there are a lot of technical challenges yet to be solved. All that said, never say never!