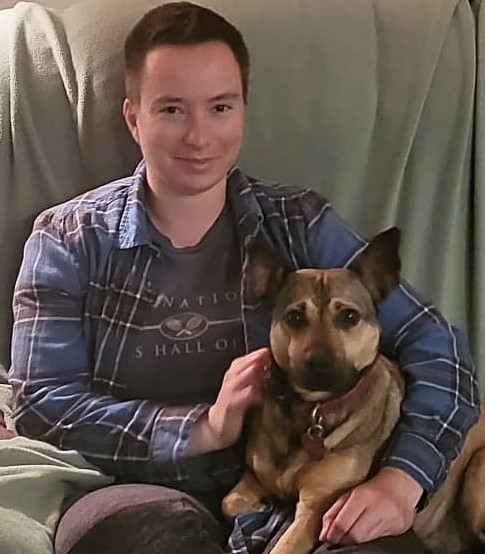 Ensign Sarah Clark is a student naval aviator in Pensacola, Florida. Her naval career began in 2013 when she enlisted as an aviation structural mechanic to pursue her dream of becoming a naval aviator. Following boot camp and technical school, she was stationed in Norfolk, Virginia and Bahrain and worked in the MH-53E community. In 2018, she was selected for the Seaman-to-Admiral Twenty-First Century (STA-21) commissioning program. After commissioning from Norwich University in 2021, she attended NPS and earned a master’s degree in Homeland Security. Clark is the winner of the 2022 Naval Postgraduate School Foundation/U.S. Naval Institute Annual Essay Contest for her piece, “Pilot Identity Crisis," which will be published in the September issue of USNI's Proceedings magazine.

What was the most impactful part of your studies at the Naval Postgraduate School?

The most impactful part of my studies at NPS was interacting with a diverse student and faculty body because I learned about and grew to understand many perspectives on the same problem or topic.

You are a part of a small group of students who came to NPS as Ensigns. Can you tell us how you arrived at NPS and how you see it affecting your career trajectory?

Knowing that a master’s degree is generally considered a requirement for advancement to Lieutenant Commander and beyond, I wanted to get one early while I could still remember how to write a paper to avoid relearning academic skills. When the notice came out advertising the Immediate Graduate Education Program to study at NPS for a year before flight school, I applied and was accepted into the Homeland Security program.

Moving forward, my degree program does not directly apply to my job as an aviator. However, the connections and exposure to officers from other services and international military officers will pay dividends in the future as joint warfare within our military and between the United States and international partners increases. The information and skills learned at NPS also gave me a more thorough understanding of complex issues in the world today.

What drew you to naval aviation? Do you have any mentors that inspired you to get into aviation?

One afternoon when I was in high school, my stepmom asked what I was going to do with myself after graduation. I had no idea. I happened to look up and see a commercial airliner going through the clouds and said, “I could be a pilot.” I caught the flying bug. I began to seriously research how to become a pilot as I watched aviation related movies, went for an introductory flight in a civilian aircraft, and read books by aviators like Chuck Yeager, Shane Osborn, and Robert Gandt. I didn’t know any naval aviators at the time, but several family friends who served in the Coast Guard and Air Force opened my eyes and mind to the military world. Combined with the words of the authors I mentioned, those people inspired me to join the military and work toward becoming a naval aviator. I decided on the Navy because of the travel opportunities, available commissioning programs, and lower pilot height requirements compared to the Air Force. Over a decade later, finally at flight school, I am still that wide-eyed kid fascinated by aircraft dancing in the sky.

You were recently named the winner of the 2022 NPS Foundation/USNI Annual Essay Contest for your piece “Pilot Identity Crisis” which will be published in the September issue of Proceedings. This topic is also the subject of your NPS thesis. Can you tell us what led to your interest in the topic and what you have found most interesting in your research?

I chose to write about naval aviator identity and culture because I wanted a topic that combined my future as a pilot and my interests: airplanes and psychology. One of the most interesting finds in my research was how long the Navy, and the military in general, have developed uncrewed aircraft technology. Crewed and uncrewed aircraft developed simultaneously from the early 1900s through the present, yet we, as an organization, often fail to talk about the uncrewed history and development in favor of the potentially more glamorous and consistently developed area of crewed flight.

Technological transitions and the relationship between manned and unmanned systems is affecting disciplines across the DOD and industry. We look forward to reading your essay next month, but as a preview, what concerns or challenges are there specific to the aviation community?

Based on publicly available documents from the Departments of the Navy and Defense, there is a lack of awareness of the psychological change that the shift toward uncrewed technology carries with it. The signs may not be obvious or immediate, but objects such as uncrewed aircraft symbolize a change in the relationship between the human pilot and the machine as well as the relationship between different types of pilots. Failure to acknowledge and lead the identity change will result in negative consequences, as shown by past technological transitions such as the shift from sail to steam power in the Navy in the 1800s. Also, continuing to introduce a third group of aviation officers, Aerial Vehicle Operators (AVOs), challenges the group dynamics within aviation and is a conflict waiting to happen. History has shown that bringing in a new group of people who challenge the identity and role of an established group has consequences. For instance, when the Navy formally established Naval Flight Officers (NFOs) in the 1960s, NFOs were restricted in command and career opportunities because they were not perceived as equals by naval leadership and aviators. Though, those restrictions have been removed, tensions remain. Because warrant officer AVOs are relatively new in the Navy, now is the time to learn from those past mistakes and avoid the same consequences.

What advice would you give to incoming Naval Postgraduate School students — in particular, Ensigns — to help them get the most out of their time at NPS and in Monterey?

For your thesis or capstone, choose something that interests you. That may seem obvious, but not everyone follows that idea. Finding a subject you want to spend hours and days researching and writing about is crucial. Doing a thesis in a year is no easy task but intertwining personal and professional interests with your degree area makes it less burdensome.

As ensigns, this is also a great opportunity to network and work with officers from every military service as well as international militaries. Regarding Monterey, get out and see the sights! Do not let school overtake your entire life. The Pacific coast is gorgeous. As an East Coast girl, I could not get enough pictures of the wildlife and ocean views. I miss the lounging sea lions and playful otters.