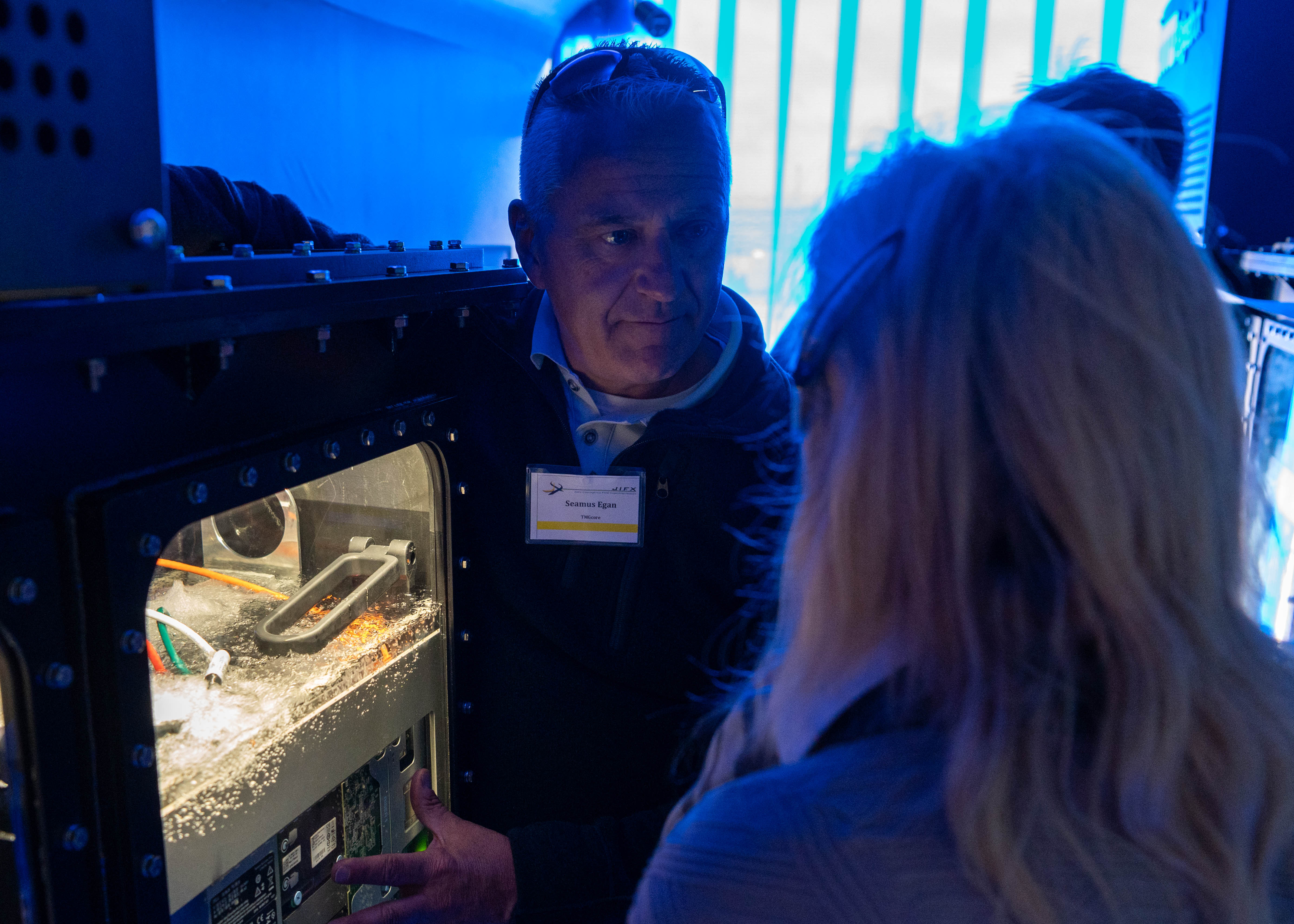 When Todd Forsman joined the U.S. Marine Corps in the late 90s, he didn’t know that it would lead him to the Naval Postgraduate School and eventually a career connecting emerging technologies with the Department of Defense.

Forsman is the co-founder of Levenhall, a dual-use innovation advisory firm focused on enhancing collaboration and providing emerging technology to intelligence operators and warfighters at a time of global strategic competition. Forsman keeps his pulse on national security and international affairs through his work as an advisor with both the U.S. Agency for International Development, commonly referred to as USAID, and the National Security Innovation Network.

“My experience at NPS rearranged me on a molecular level. It opened my eyes to things I just didn't understand or know were out there. It really showed me [I could have] a greater impact than I thought I would ever be able to have,” said Forsman.

He earned a Master of Arts in security studies in 2009 from what is now called the Graduate School of International and Defense Studies. He also studied Spanish at the Defense Language Institute Foreign Language Center and went on to become a foreign area officer, spending much of his time in Latin America after leaving school. After he left the Marine Corps in 2015, Forsman became more exposed to emerging technologies that he wished he had had while on active duty.

“I saw multiple founders trying to figure out how to navigate the national security ecosystem when they thought they had a technology that would be useful for folks in that realm, and it was hard for them. So that led me down a path where I partnered with a few other folks, and we founded a company called Levenhall,” said Forsman.

This is what led him to NPS’ Joint Interagency Field Experimentation, or JIFX, May 24-28, 2021. One of Levenhall’s flagship portfolio companies is TMGcore. TMGcore is a Texas-based limited liability company initially focused on the development of advanced data center hardware and solutions. The company developed a high-performance computing system with a proprietary cooling ability that shrinks the hardware down to a size smaller than a typical refrigerator.

“We want to make sure the national security apparatus knew that two-phase liquid immersion cooled high-performance computing not only existed but could be deployed and mobile. And it’d be great for other use cases,” said Forsman. “So, we worked with the team at JIFX and helped set up TMGcore’s first experiments.”

The test ranges, labs and facilities at NPS enable researchers from the school and industry innovators who participate in JIFX to understand defense requirements and join in an exchange of information about the challenges and opportunities of developing future defense systems that will operate in and across the air, sea, land and cyberspace environments.

“JIFX is one of the few venues where we actually have good civ-mil interaction,” said Forsman. He added that JIFX “allows experimentation and collaboration between the public and private sector in a way that is beneficial to all parties. … It’s something that directly impacts our national security in probably a way that is really hard to actually put numbers or values on.”

“Technology is very important on the battlefield, for our economy, for multiple things going on, and we need to collaborate and talk about that with one another,” he said. “You have to create mechanisms that allow those conversations to happen and institutionalize those mechanisms. So, things like JIFX, we need more of them, we need to fund them, and we need to promote them from both sides of the house, both public and private.”

The Naval Postgraduate School Foundation is another piece of this puzzle supporting events like JIFX and facilitating the continued connection with NPS alumni, such as Forsman. The Foundation equips the Naval Postgraduate School to produce capable leaders, innovative ideas and revolutionary technologies, while developing opportunities that link civilian and military communities.

The projects and research produced by NPS faculty, staff and students promulgate through the entire joint force, said Forsman. The connections that come from the school and the Foundation, “it’s almost immeasurable in the way they reverberate through the entire national security ecosystem in a positive way, an outsized way, from a little white building — Herrmann Hall — here in Monterey.”