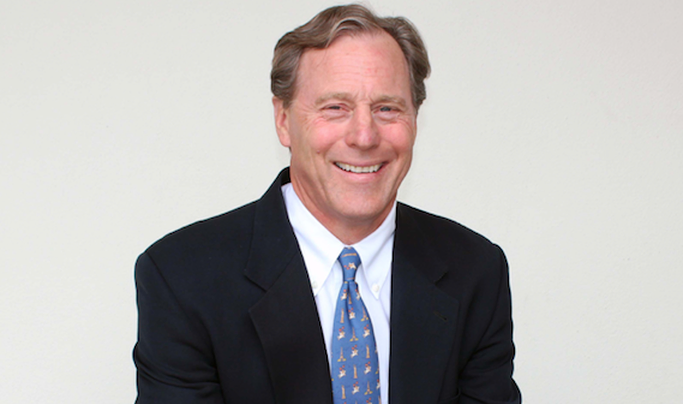 The Naval Postgraduate School Foundation announces Richard Patterson as its new President and CEO. Rich has lived in the Monterey area for 23 years, most recently serving as Assistant Head of School for Advancement at Santa Catalina School.

"As we expand our support for the Naval Postgraduate School, we are very pleased that Rich has decided to lead our team into the future," says Bill Warner, president of the NPS Foundation Board of Trustees. "Rich is a proven leader, who has the ability to grow the Foundation’s support in important areas, including our efforts to incubate important national security research."

During his ten years with Santa Catalina, Rich was responsible for Development, Communications, Alumni Relations, and the Facilities Departments. A key part of his responsibilities, within the Development Department, was the supervision of a $50 million capital campaign and the construction of more than $25 million in new and remodeled facilities on campus. Prior to Santa Catalina, he worked for more than 16 years with the Pebble Beach Company. During his 16-year career with Pebble Beach, he served as the Director of Community Affairs, Tournament Director, and as the Chair of Volunteer Services for the 2000 U.S. Open which included the management of 4,000 volunteers.

After moving to the Monterey Peninsula in 1991, he began volunteering for a number of local businesses and non-profit organizations. Rich has served on the boards of the Monterey Chamber of Commerce, Monterey County Convention and Visitor Bureau, AT&T Pebble Beach Junior Golf Association, and is currently a member of The Rotary Club of Monterey. Rich holds an bachelor's in communications and a master's in political communications from California State University, Chico and began his career working as a staff member for a California State Senator in Sacramento.

He is married to Ann, who is a local business owner and avid San Francisco Giants fan, and they have two daughters. Their oldest, Lily, was a Jefferson Scholar at the University of Virginia and currently lives and works in Austin, Texas, while their younger daughter, Emma, is studying Design Production in the Theatre Department at Carnegie Mellon in Pittsburgh. In his free time Rich enjoys golf, working out, and taking walks with Ann and their dog, Linus.

View Article PDF
Keywords:
Leadership
< Back to All Articles