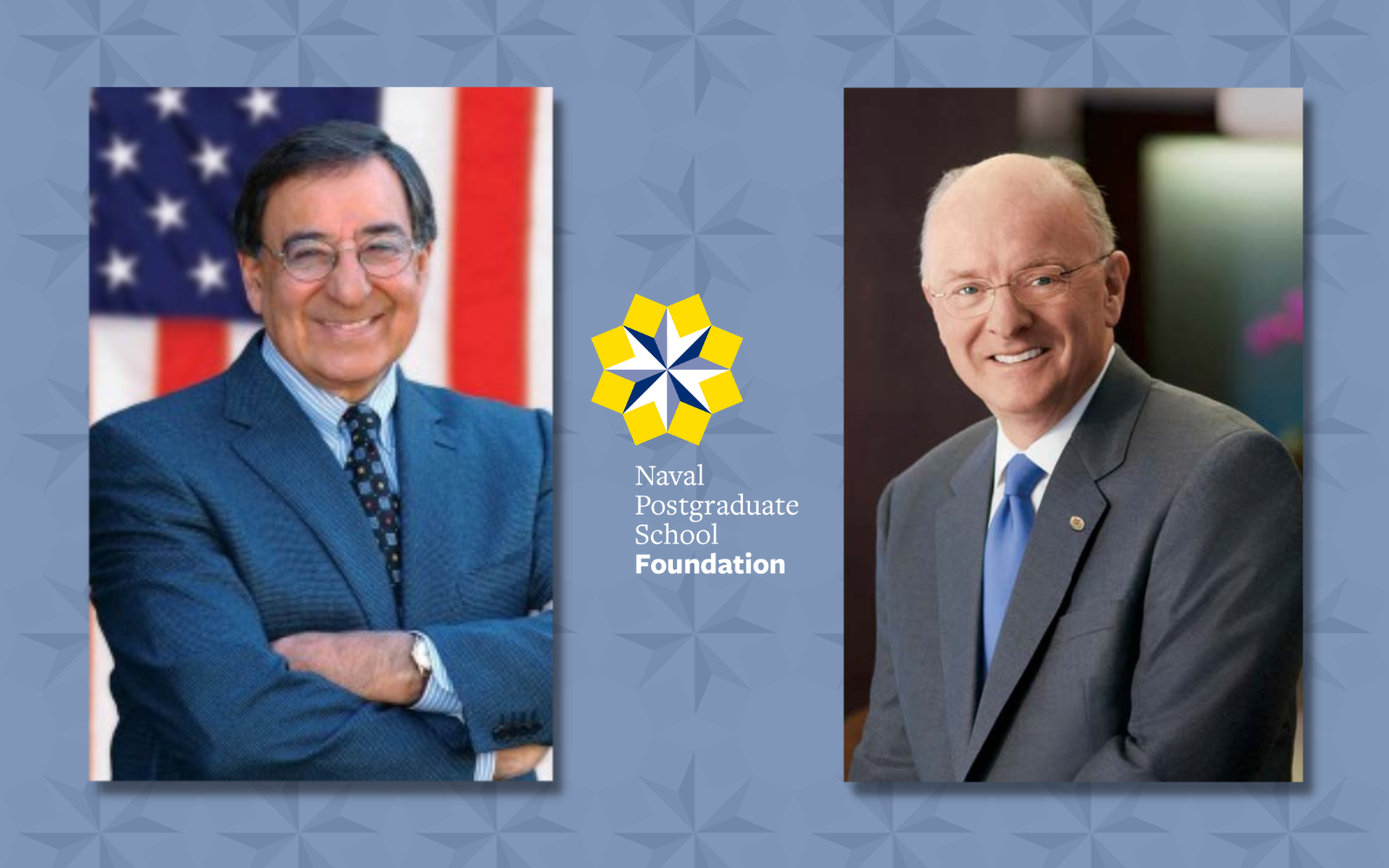 The new members join the NPS Foundation at an exciting juncture for both the Foundation and the Naval Postgraduate School as the Department of the Navy calls upon NPS to take on a profound role in leading innovation across the DOD. The Secretary of the Navy, Carlos Del Toro, shared plans to create a Naval Innovation Center at the Naval Postgraduate School in Monterey during his December 8, 2022 presentation at Columbia University and again during a commencement speech at the NPS Fall 2022 Graduation on December 16.

"[The Naval Innovation Center] will serve as a premier military education facility tailored to innovation and experimentation," said Del Toro.

Del Toro's speeches detailed U.S. Navy and U.S. Marine Corps efforts to meet the requirements of 21st century warfare including the need to transform military education and enable, foster and lead an innovation ecosystem for the U.S. Department of Defense. The Naval Innovation Center at NPS will provide a capability unavailable elsewhere in the DOD for industry and academic partners to work side-by-side with NPS' 2,500+ operational students and expert faculty to solve the unique challenges facing the DOD in a collaborative, applied and classified setting.

"I am honored to be a member of the Advisory Council. As a former representative for this area and former Secretary of Defense, I believe the Naval Postgraduate School is critical to our national defense,” said Panetta. “The opportunity to work with my distinguished colleagues on the council to ensure that the Naval Postgraduate School is on the cutting edge of technology and innovation is the fulfillment of a dream we all share.”

The experiences of these new members will greatly enhance the NPS Foundation’s support of the Naval Innovation Center as well as support for other NPS priorities, such as the Athena collaborative research tool, Defense Innovation Fund for national security research, and the expansion and strengthening of corporate partnerships.

“We are fortunate to welcome Mr. Panetta and Mr. O’Reilly to our Advisory Council at this vital time,” said NPS Foundation CEO, Rich Patterson. “The wealth of knowledge and varied real-world expertise that they bring will enable the thought leadership and strategic thinking necessary to strengthen NPS’ impact at a time when it is most critical to our national security.”

The Hon. Leon Edward Panetta, who served as the 23rd Secretary of Defense from July 2011 to February 2013, has dedicated much of his life to public service. Before joining the DOD, Panetta served as the Director of the Central Intelligence Agency from February 2009 to June 2011. He led the agency and managed human intelligence and open-source collection programs on behalf of the intelligence community. Before joining the CIA, he spent 10 years co-directing with his wife, Sylvia, the Panetta Institute for Public Policy, based at California State University, Monterey Bay. The Institute is a nonpartisan, not-for-profit center that seeks to instill in young men and women the virtues and values of public service. From July 1994 to January 1997, Panetta served as Chief of Staff to President Bill Clinton. Prior to that, he was Director of the Office of Management and Budget. Panetta represented California’s 16th (now 17th) Congressional District from 1977 to 1993, rising to House Budget Committee chairman during his final four years in Congress. Early in his career, Panetta served in several different legislative positions and spent five years in private law practice. He served as an Army intelligence officer from 1964 to 1966. He holds a Bachelor of Arts degree in political science and a law degree, both from Santa Clara University. Read his full bio here.

David J. O'Reilly is the former chairman and CEO of Chevron Corporation. A chemical engineer by trade, O’Reilly brings with him immense experience growing and running one of the largest global oil businesses as well as a deep understanding of energy exploration, production, resource management and research. In 1968, O’Reilly graduated with a bachelor's degree in chemical engineering from University College, Dublin, from which he also received an honorary Doctor of Science degree in June 2002. He began his career with Chevron Research Co. as a process engineer in 1968. On January 1, 2000, he became chairman and CEO, succeeding Kenneth T. Derr. Less than a year after taking office as the new chairman and CEO of Chevron Corporation, O'Reilly engineered his company's merger with Texaco Inc. The merger created the second-largest integrated U.S. oil company, a far-flung international enterprise with interests in more than 180 countries. O'Reilly, who took over the reins of the newly created ChevronTexaco Corporation as chairman and CEO, presided over one of the world's most competitive energy companies. In addition to its primary concentration in oil and gas, including exploration, production, refining, marketing and transportation, ChevronTexaco was heavily involved in energy generation and the manufacturing and marketing of chemicals. O'Reilly retired on December 31, 2009. Since retirement, O'Reilly has served on the Board of Bechtel Corporation, Saudi Aramco, as Vice President of the National Petroleum Council, and as a member of The Business Council, J. P. Morgan International Council, the World Economic Forum’s International Business Council, and the American Society of Corporate Executives. O'Reilly also serves on the San Francisco Symphony Board of Governors. In April 2002, O'Reilly received the Order of Kurmet from Kazakhstan president Nursultan Nazarbaev.